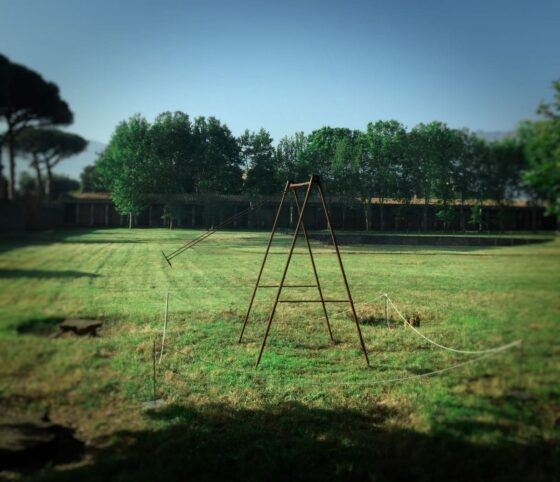 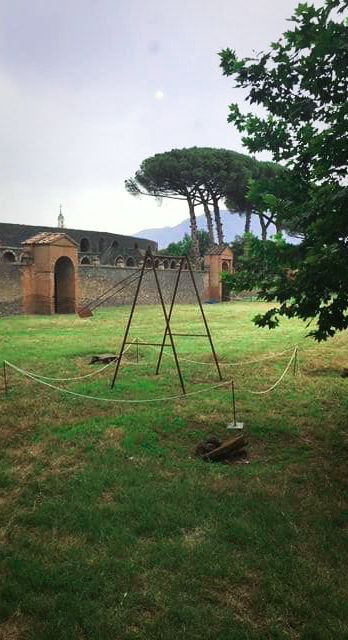 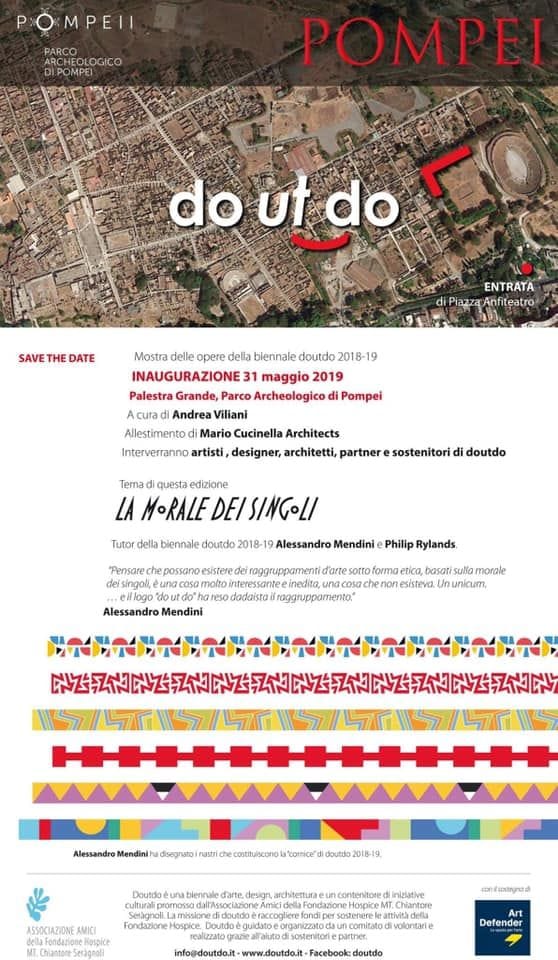 “La morale dei singoli” (The morals of individuals)” – the theme addressed by the fourth edition of doutdo (2018-2019) – is the very definition of the project given in 2016 by Alessandro Mendini, mentor of this edition, together with Philip Rylands. The chosen theme focuses on the ethical “revolution” that can be triggered by the sense of responsibility of the individual and the actions of each of us, bearing witness to the power that individuals can yield when they connect with others, generating a collective awareness of responsibility to their community.

The morals of individuals: the concept of gift*

Doutdo is a biennial project undertaken in 2012 and promoted by the Association “Friends of the MT. Chiantore Seràgnoli Hospice Foundation” with the aim to support the Hospice Foundation in Bologna: a “give to give” act that opposes or, to say the least, departs from a selfish, utilitarian “give to get” approach. A gift of meaning, and values, is what doutdo has to offer, seeking and asking for nothing in return.Hence, this edition of doutdo aims to become a manifest to inspire management models combining responsibility and sensitivity, ethics and aesthetics, social and individual dimensions, to pursue shared objectives, driven by an, albeit minimal, revolutionary (or Dadaist?) élan. Back in 1971, in Naples, German artist Joseph Beuys – evoking the eyes and the momentum of the workers depicted by Giovanni Pellizza da Volpedo in his “The Fourth Estate” (1901) – claimed “the revolution is us”. The matter in hand is to regain those eyes and that momentum…This is why the works put on display at doutdo – some of them specially created by doutdo, all of them arising from the spontaneous donation of an artist – differ from one another. Each work is an independent, one-of-a-kind work, but all of them bear testimony to the moral outlook of the artists who make up the doutdo community, keen to explore and open up new paths.

The morals of individuals: why Pompeii

The Excavations of Pompeii, a unique location in the world, welcome the contemporary art works of the doutdo collection. The theme that inspired the works represents an important reflection on human actions and the responsibility of each of us. Alfonsina Russo, Director ad interim of then Archaeological Park of Pompeii, speaks about the decision of hosting the event: “Pompeii has always been the theatre of the contemporary. This city has captured the imagination and the creative spirit of numerous artists and writers throughout the ages up to our days, often becoming an important step in their formation and maturation process. Initiatives such as ‘doutdo’ contribute to stimulate reflection and confrontation between past and present as well as to decline the cultural offer of the archaeological site towards new forms of art, in an inevitable contamination between ancient and contemporary”. The consideration is followed by the words of Massimo Osanna, promoter of the show on his first term as Direttore Generale del Parco Archeologico di Pompei: “I think that Pompeii is a place of all times, that entered in the collective imagination, not only as a unique testimony to a past civilization, but also as an extreme example of the human fragility and of the absolute impossibility of having control over nature or the divine. This analysis, that has never left any archaeologist, artist, writer or painter indifferent – is still true and transmits the importance of keeping the past alive as a warning for the present.

Doutdo, with 36 works of Italian and international artists, brings together the “moral” of individual subjects that believe in a common thought: the action of each one of us, in connection with the others, has a great power and is capable of producing changes. Hosting the exhibition in Pompeii, the great sounding board of any event, as well as the symbol par excellence of a place where the responsibility of each member contributes to the preservation of this priceless heritage, represents an opportunity towards becoming aware of our actions and their consequences on the community”.

“This will be the first time, perhaps, that, in the ancient city of Pompeii, Greek at first, then Cuman, Samnite and eventually Roman, a Latin sentence with no apparent meaning will be pronounced in 2019 …not do ut des… but do ut do… the incipit of a new Pompeian narrative composed of words and images, between disappearances and reappearances, ruins and discoveries, cultural objects and natural materials, liberal arts and hard science. Between many individuals and one community”. – Andrea Viliani

Curated by Andrea Viliani, Director of MADRE, Donnaregina Contemporary Art Museum, the project is embedded in unique surroundings: Pompeii. A symbol of destruction and rebirth, the archaeological site of Pompeii is the embodiment of a work in progress undergoing an incessant transformation, between ruins and discoveries, natural materials and past and present cultural objects, all of them setting forth the values and the history of a community. The design of the technical installation was entrusted to international design firm Mario Cucinella Architects: “I accepted gladly Alessandra Fini-Zarri’s invitation to contribute to this act of generosity, which sees the participation of major artists and the entire structure of Fondazione Seràgnoli, – points out architect Mario Cucinella – Pompeii is a unique place of extraordinary significance, and today more than ever it is an enormous challenge to be met in terms of the preservation and the enhancement of the archaeological heritage. Giving life to a contemporary art show is a message of continuity with the spirit of art that has spanned unscathed the centuries of our life. In its pragmatic simplicity, the exhibition emphasises the rhythm that Andrea Viliani, the curator, infused into this sequence of artworks of great beauty, donated by great artists. A touch of colour, Pompeii red, blends in with the rhythm of the white walls, engendering a linear itinerary that looks onto the garden of the Palestra Grande (the Large Gymnasium). Two oases will welcome the visitors, where they will be able to enjoy a break while admiring the works on display”.

The 36 works of art, donated by Italian and international artists and making up doutdo’s 2019 collection, will be displayed in the halls of the north side Portico of the Gymnasium, across from the Amphitheatre, in the archaeological site of Pompeii.

The morals of individuals: the doutdo community

Many companies also contributed and helped doutdo concretise a charity project of great cultural significance, dedicated to the world of the arts and designed to support the research and assistance activities of the MT. Chiantore Seràgnoli Hospice Foundation. Some major realities in a variety of fields – natural stone, furnishing complements, ceramics, mechanical parts and digital print – offered the artists the materials they needed to create their works; they provided support and promoted the activities of the biennial with a generous act of donation. The art-enterprise combination achieved excellent results. Among the examples, we should mention the collaborations of Fabrizio Cotognini with Plexibologna and Ricci Marmi; Loris Cecchini with Gilli srl; Cuoghi Corsello with Pimar; Roberto Fassone with MBM Biliardi; Julia Krahn with Quadricroma; Fulvia Mendini, Giovanni Ozzola and Nanda Vigo with Casone Group; Marzia Migliora with Ricci Marmi and Metalcarp; Pietro Ruffo with Ceramica Gatti; Patrick Tuttofuoco with Glneon.

Many more are the partners of this biennial, who contributed with their support to the realisation of this “community”. For a full list, see the attached Partners data sheet.

The exhibit is promoted by doutdo, in collaboration with the Archaeological Park of Pompeii and with the support of Art Defender, a market leader in the preservation and management of artistic and valuable assets. For several years, the company has participated in the realisation of fundraising initiatives for the Foundation, supporting its mission and its projects, and making available its professional expertise in the areas of art and culture. 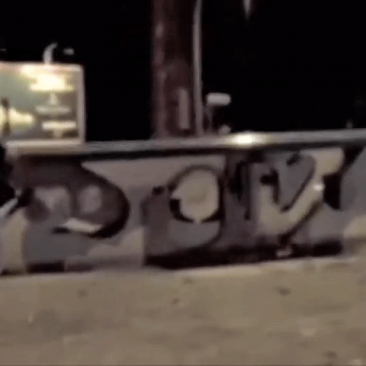 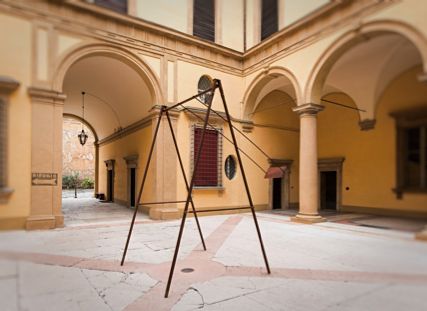 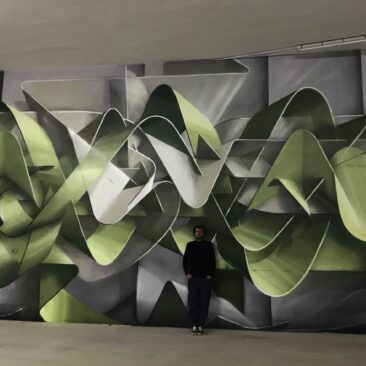 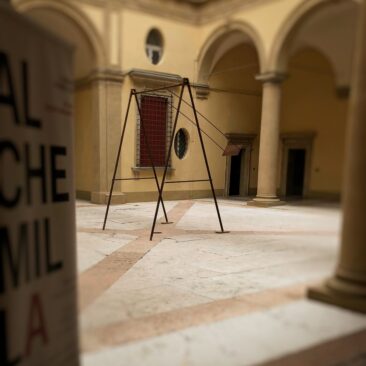 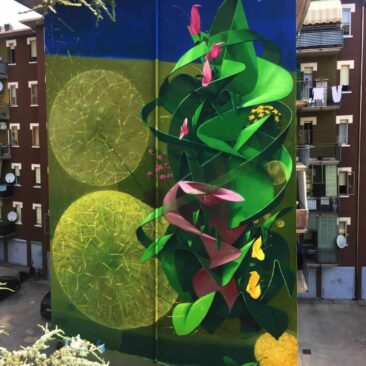 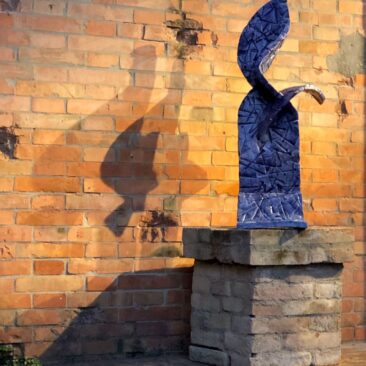 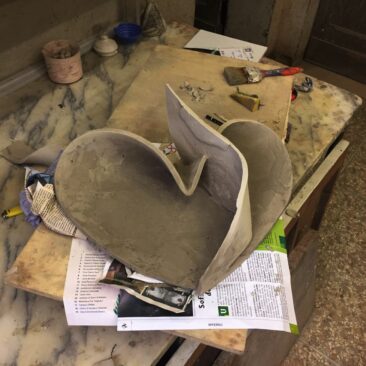 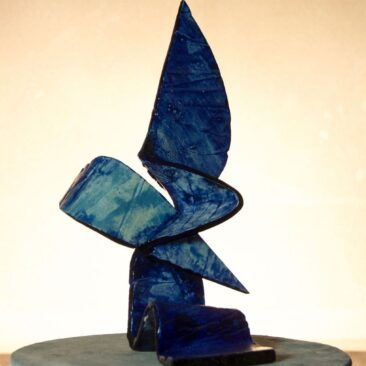 We use cookies on our website to give you the most relevant experience by remembering your preferences and repeat visits. By clicking “Accept All”, you consent to the use of ALL the cookies. However, you may visit "Cookie Settings" to provide a controlled consent.
Cookie SettingsAccept All
Manage consent

This website uses cookies to improve your experience while you navigate through the website. Out of these, the cookies that are categorized as necessary are stored on your browser as they are essential for the working of basic functionalities of the website. We also use third-party cookies that help us analyze and understand how you use this website. These cookies will be stored in your browser only with your consent. You also have the option to opt-out of these cookies. But opting out of some of these cookies may affect your browsing experience.
Necessary Always Enabled
Necessary cookies are absolutely essential for the website to function properly. These cookies ensure basic functionalities and security features of the website, anonymously.
Functional
Functional cookies help to perform certain functionalities like sharing the content of the website on social media platforms, collect feedbacks, and other third-party features.
Performance
Performance cookies are used to understand and analyze the key performance indexes of the website which helps in delivering a better user experience for the visitors.
Analytics
Analytical cookies are used to understand how visitors interact with the website. These cookies help provide information on metrics the number of visitors, bounce rate, traffic source, etc.
Others
Other uncategorized cookies are those that are being analyzed and have not been classified into a category as yet.
SAVE & ACCEPT